November 09, 2009
Les transcribo una interesante conversación, en Inglés, con Begonia, del portal de telenovelas de Estonia, comentando sobre foronovelas.
BEGONIA: Yes, I enjoy reading webnovelas! I consider myself a fan of Estonian webnovelas. It's been really nice for me to see people have so much enthusiasm for writing them. Especially in the beginning when there was a lot of writing going on. Now it's a bit slower, but nonetheless exciting.  I have read some episodes of webnovelas in Spanish, like "Un Amor De Telenovela" and "Prisioneros De la Esperanza". It seems that most people in Latin-America write webnovelas in dialogue form, while here we mostly write in narrative form. I also tried to read some Polish webnovelas but couldn't understand a word... As for me, some time ago I started to write two webnovelas but didn't finish them. One of them, "Camino Iluminado" is still in the old forum. Now it's almost three years since then, but one thing is for sure - if I ever start to write a webnovela again, I won't even think of stopping as I'll be too busy trying to find out what happens next. And it's a tricky thing for me to say about favorites. I like many webnovelas, each in a different way. I think it's all stories together that make me like each story more.
For you, what is it like to see webnovelas in another language? Do you know of other countries where they also write webnovelas not in Spanish or Portuguese?

RENZOCH: Thank you, Begonia. I remember those webnovelas that you mention. I know the author of "Prisioneros de la Esperanza", perhaps, I can contact you with her. I know webnovelas in Polish, but, I haven´t read them because I could not understand them. I found very interesting that you include a lot of Latin actors. Did you like latin actors? What are your favorites? Are you planning to include any actors from your home country?

BEGONIA: It's interesting that you ask because I hadn't even thought about it... It seems having Latin actors in webnovelas is kind of logical, as we see them in telenovelas and there are no Estonian telenovelas. It also makes it feel more like real telenovelas. I suppose when thinking of telenovelas, one thinks of Latin-America and not so much about where she/he is from, especially if there are no telenovelas in their own country. I myself just think who will be good for which role and that's how it goes. I don't really think of including my favorites. But I like Cecilia Gabriela, Susana Gonzalez, Jacqueline Garcia, Ana Bertha Espin, Claudia Godinez, Jan, Jorge De Silva, Ferdinando Valencia... So for me, it's mostly Mexican actors. And generally in webnovelas, actors from all of Latin-America. From what I've seen, Polish and Finnish webnovelas also have Latin actors. Is this different for authors from Latin-American countries? I've heard something about Chilean webnovelas that have a Chilean cast. Is this something common or more of an exception?
RENZOCH: Chile is one of the first countries to write webnovelas. Some chilean "webnovelas" are basically the same, others are not the same. That depends on the authors´
preferences. Interesting your response about to include Latin actors in your webnovelas... normally, most webnovelas authors include "telenovela actors" because they wanted it to resemble more like real "telenovelas." In my case, I prefer to be more creative with my casting, and not, rely solely on "telenovela" actors. I include beauty queens, olympic gold medalists, talent show contestants, French actresses, just to make something more creative. And, I like to include actores from different nationalities, too. Normally, they include Mexican authors, since they are very famous, but, I prefer a mixture of actores, from different nationalities. I know about Finnish webnovelas. About Polish webnovelas, I remember that I wrote with a guy who wrote in Polish, but, I did not visit his web site. ¿Are you watching any "telenovela", now?

BEGONIA: Yes, I'm watching "Juro Que Te Amo" on youtube. I started watching it in the middle, really liked it and it just kept getting better! I also saw some clips of the previous version "Los Parientes Pobres", it seems they changed some things in the new version. I like "Juro Que Te Amo" better, but maybe it's because I really don't remember telenovelas from the time of "Las Parientes Pobres". Could be?  In the Polish forum, webnovelas are under "Nasze telenowele". And it seems they have quite a lot of them there! I saw some entradas of Polish webnovelas on youtube, and I've got to say, they were some of the best I've seen. Although when it comes to entradas, I prefer those made with pictures to those made with video clips. I suppose with pictures one can give it more of a "theme". Greetings.
Enlaces:

Popular posts from this blog 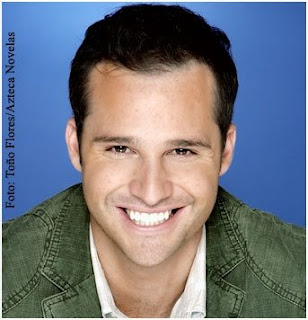 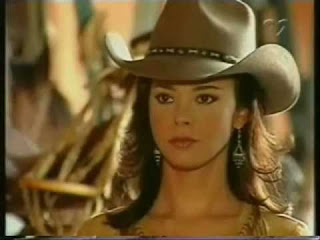 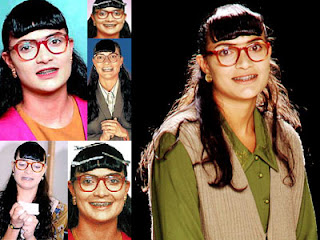